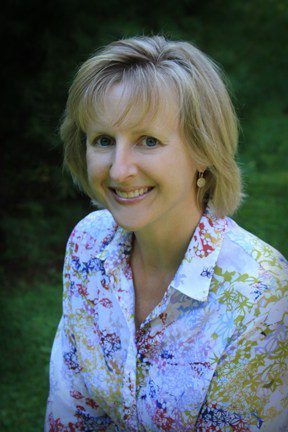 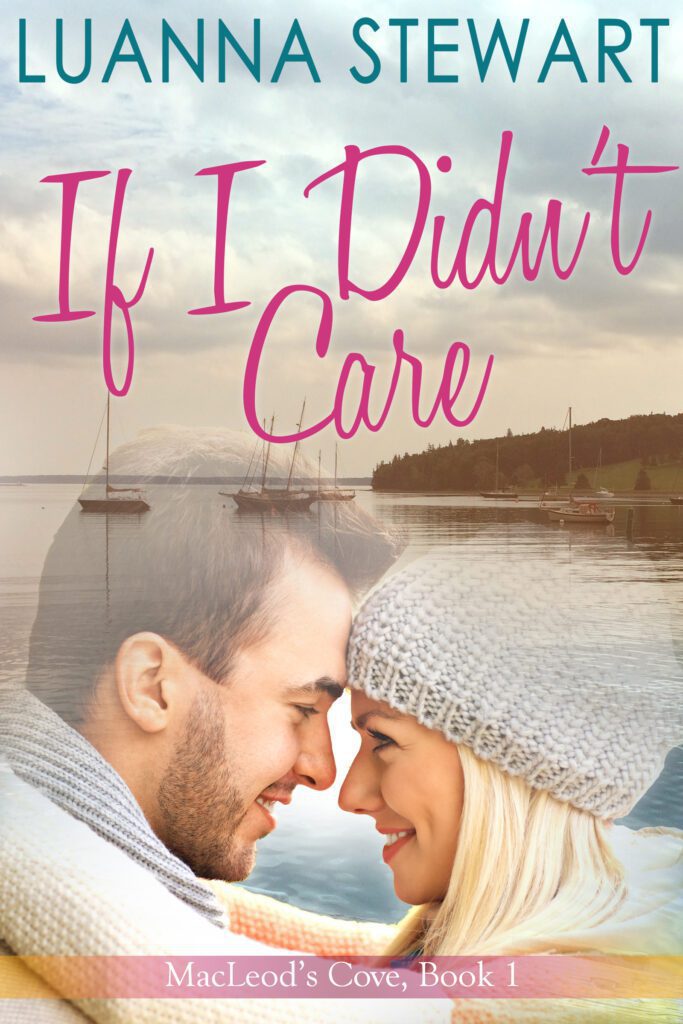 All About Luanna Stewart:

Luanna Stewart has been creating adventures for her imaginary friends since childhood. She spends her days writing spicy contemporary romance, paranormal romance, and historical romance. When not torturing her heroes and heroines, she’s in her kitchen baking something delicious. She lives on a beach in Nova Scotia with her patient husband, two spoiled cats, and five hens.

If I Didn't Care

What do you love that most people don’t like and wouldn't understand why you do?

Oh my word, so many. I’ve dabbled in many sub-genres of romance and have suspense and paranormal stories just waiting to see the light of day.

Yep, no don't understand that one, but that's okay ! What genre have you never written that you’d like to write?

I want to try my hand at writing a cosy mystery series. I have an idea for one, have mapped out a bunch of characters, and I’ve sketched out the first mystery.

OoooH! Can't wait for that! Any new projects on the horizon?

I’m continuing to work on the MacLeod’s Cove series. The pandemic threw me off the rails for a couple of months but I’m back in the writing saddle again and will have additional books out very soon, including a holiday novella.

What inspired this particular story?

The setting for this story is a slightly fictionalized version of where I live, a small town on the coast of Nova Scotia. I mapped out the town with shops and businesses, put people in the houses, and now I’ll help some of them find their happily-ever-after.

What do you do for fun, besides writing?

I love to cook and I love even more to bake. One of my favourite ways to unwind is to spend time in the kitchen trying a new recipe. I spend a lot of time out in the garden during the summer – I find pulling weeds very relaxing. During the winter months, I’ll sit next to the woodstove, enjoy an audio book, and knit.

If you were stranded on a deserted island and you could have 3 (inanimate) objects, what would they be?

Knitting needles and yarn, an omnibus collection of the complete works of Agatha Christie, and a sunhat (assuming it’s a tropical island).

Love it!! Have you written any other books that are not published?

Oh my word, so many. I’ve dabbled in many sub-genres of romance and have suspense and paranormal stories just waiting to see the light of day.

If I Didn't Care
Blurb & Excerpt

Guess who’s moving in next door?

Nicole Bennett is used to bad luck—it’s kind of a family curse. She’s spent the past year stitching her life back together after losing her dream job. Well, it paid the rent. Now stuck working at her family’s grocery store while wrangling a demoralized dad and a spoiled-brat sister, the last thing she needs is for the man who wrecked her life to move in next door, even if it is for only three weeks. So what if he’s sexier than sin and makes her believe in fairy tale endings?

Ross Calvert’s life in the fast lane crashed when he lost his job and fiancée. All he’s got to show for years of hard work are a sleek sports car and a closet full of designer suits – minus the closet. Determined to salvage his relationship with his best friend, he trades in the corporate life for a brief stint as a caregiver. The decision was simple—until he discovers the tempting vixen he wronged lives next door. Maybe she’s what he needs to reboot his life.

What starts off as a no-strings fling soon veers into making promises that might be impossible to keep.

He propped an elbow next to the credit card reader and leaned closer. “How about you and I get a coffee?”

“Not happening.” She pressed a key on her register. “Thirty-nine eighty, please.”

“You must get a break.” He slid his credit card into the reader.

She leaned her hands on the counter. “You don’t remember, do you?”

“Remember what?” A tickle of dread stole the fun out of the little flirt session. Being asked if he remembered was never a good way to start a conversation with a woman, covering as it did a myriad of hidden death traps. A forgotten birthday, or anniversary, or first date, or worst of all, a one-night-stand. He doubted he’d forget a night spent with Nicole, but he couldn’t rid himself of a sick feeling, much like the sense of impending doom at the crest of a roller coaster track.

She slammed the cash drawer shut and handed him the receipt. “Halifax?”

“Yeah?” Shit, that word encompassed a hell of a lot of potential trouble. The city had a pub on every corner, to say nothing of the music clubs, restaurants, and casinos. Ample opportunities for a casual hook-up. Damn hard to remain lonely in Halifax.

What the hell? The tickle of dread became a punch in the gut. “That’s where I work—used to work.” Admitting the end of his dream hurt. All his work undone, all those long hours erased. Almost at the top of the ladder and he’d been knocked off. Stepped on a snake’s tail, and slid all the way to the starting line.

Shit. Oh, shit. His smile slipped and he knew he looked like a guilty son-of-a-bitch. “You were in the accounting department. Assistant office manager.”

“Until you were let go.”

PURCHASE IF I DIDN'T CARE HERE:

If a movie was made about your life, who would you want to play you? Meryl Streep

Oxford comma, yes or no? Yes, and you can’t convince me otherwise.

Coffee or tea? Don’t ask me to choose.

What does your desk look like? Fairly tidy, usually with a black & white cat taking up most of the surface.

What is your writing vice or must-haves? Quiet.

Plotter or pantser? An intriguing combination of the two.

Mac or PC? Mac, since the beginning.

What is your favorite thing to learn about in your free time? UK history

You have a time travel machine. Where and when? Litchfield, UK, in 1905

Are you earth, wind, fire or water? Earth